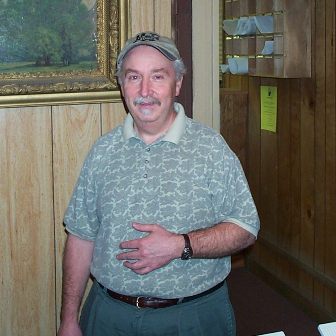 Bill, trumpet teacher at the NJ School of Music in Medford, received his Bachelor of Music from the University of the Arts. He has extensive experience in performance, teaching, organizing and promoting professional musicians. Bill teaches students of all ages and abilities. He has a great deal of experience and realizes a high level of success preparing his students for auditions with the All South Jersey and New Jersey State Bands. As well as being on staff here at the New Jersey School Of Music, Bill is currently on the faculty at the University of the Arts in Philadelphia where he has served as conductor of the University of the Arts Big Band, Rick Kerber Tribute Ensemble and the Jazz Trumpet Ensemble. He serves as Music Director for the Reilly Raiders, Blessed Sacrament Golden Knights and the Music Express Alumni Drum & Bugle Corps. Mr. Pusey is a very highly regarded music instructor. As a performer Bill has led a very productive musical life lending his great talent to a vast abundance of musical projects. He has held the first trumpet chair in numerous bands at Caesars, the Tropicana, and various other Atlantic City Casinos as well as the Latin Casino in Cherry Hill playing for such world renowned artists as: Frank Sinatra, Tony Bennett, Doc Severensen, Diana Ross, BB King, Bob Hope, Natalie Cole, Donna Summer, Patti Labele, Michel Legrand, Ann Margaret, Cher, Liza Minelli, Gladys Knight, Sammy Davis Jr., Dolly Parton, and Shirley Maclaine. Bill has also been first trumpet for many legendary performances including dates at Carnegie Hall with Aretha Franklin, Joe Williams and Nancy Wilson as well as a Grammy nominated recording with the Thad Jones/Mel Lewis Orchestra, President Ronald Reagan's Inaugural Ball in 1985, the Tommy Dorsey Orchestra and a 50th Anniversary DVD with Johnny Mathis. Bill Pusey has performed on TV specials with Shirley Bassey, the Temptations, Frankie Vali and Arturo Sandoval as well as in shows on Broadway and in Philadelphia Theatres such as A Chorus Line, Cats, Grand Hotel, Kismet, Bubblin' Brown Sugar, and Starlight Express. Bill has played with the Philly Pops Orchestra under the direction of Peter Nero, the Ice Capades, Ice Follies and Disney on Parade. He is presently the Musical Contractor and first trumpet chair at Caesars and Harrah's Hotels in Atlantic City, the manager of his own group, Trumpets East and the co-producer and arranger for the First Union Musical Christmas Tree in Philadelphia. On March 4th, 2013, Bill was presented with a Life Time Achievement award by the University of the Arts in Philadelphia.

The list of Mr. Pusey's travels, musical tours and appearances that he has made include three decades of world tours with the Thad Jones/Mel Lewis Orchestra, a CD recorded performance with the George Gruntz Concert Jazz Band in Basil, Switzerland, an appearance with the Franco Ambrosetti Tentet with Dave Liebman, Randy Brecker, Dave Holland, Joe Lavano and Howard Johnson at the Berlin and Paris Jazz Festivals, and world tours with Burt Bacharach, Anthony Newley, and Ben Vereen. His US tours include stints with the bands of Buddy Rich, Tommy Dorsey and Glenn Miller as well as traveling with the Big City Band opening for the Who, Alice Cooper, Grand Funk Railroad, and the Moody Blues.

Trumpet lessons with Bill are available Monday, Tuesday and Thursday.