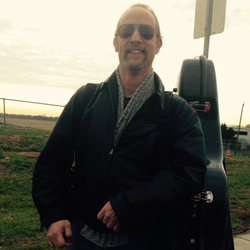 In addition to performing, Mr. Hotchkiss is on the faculty at The University of the Arts where he teaches both Major and Non-Major (for the fun of it) lessons. As a teacher, he promotes music as fun, "more fun can be had as we all get better at it".

His service to the community includes serving as the 1st Vice President, Secretary/Treasurer and Governor on the board of the National Academy of Recording Arts and Sciences Philadelphia Chapter.

Mr. Hotchkiss earned his Bachelor of Music in Jazz Violoncello Performance degree from The University of the Arts in 1987 where he studied with John Blake, Loren Munroe and Mihalay Virizlay, and continued his education in the Graduate program there.

Cello lessons with Richard are available on Thursday and Friday.